SIP-Benchmark III was a project of the Digital Opportunities Foundation in 2009 - 2017.
This website is no longer updated.

The Steering Board has a vital role in validating the benchmarking process and its results and in suggesting changes and adaptions for the project in order to fulfil the overall objectives of the study.

Steering Board members represent private and public sector, academia and civil society groups with an interest in safer use of the internet and new online technologies. They have been selected taking into account a geographical balance.

Composition of the SIP Bench III Steering Board 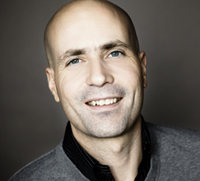 Alex Amnéus is project manager at the Swedish Media Council and coordinator for the Swedish Safer Internet Centre. He has been working at the Media Council since 2008, previously as communications officer and international coordinator. Alex Amnéus has a degree in political science from the University of Stockholm and has studied journalism, psychology and history of thought. His professional experiences includes being editorial chief of staff and business intelligence manager (Infopaq Sweden), researcher in international surveys (AskusConcis) and communications officer (Amnesty Sweden, etc.). Main areas of expertise are the media use of children, communication strategy, project management, media analysis and business development. 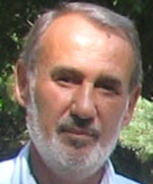 Georgi Apostolov is the coordinator of the Bulgarian Safer Internet Centre operated by the non-governmental Applied Research and Communications Fund (ARC Fund) in the framework of the Safer Internet Programme of the European Commission since 2005. ARC Fund is also operating the Bulgarian Hotline for combating illegal and harmful for children content, contacts and conduct online – member of International Association of Internet Hotlines INHOPE. From 2006 till 2008, Georgi Apostolov acted as manager of the Hotline which operates in close cooperation with the Cybercrime Unit at the General Directorate for Combatting Organized Crime. Georgi Apostolov is co-author of the methodology “Prevention of virtual and real violence by interactive education in schools” now implemented in more that 150 schools in 5 cities in Bulgaria and has been regularly training educators, pupils and professionals. 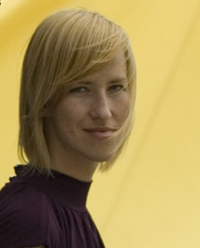 Maija Katkovska works in Latvian Internet Association as Coordinator of Latvian Safer Internet Centre (http://www.netsafe.lv), which promotes safe use of ICT, also ensuring hotline and helpline activities. Maija Katkovska has been working with the Safer Internet LV project since it was first introduced to Latvia back in year 2006 by the Secretariat of Special Assignments Minister for Electronic Government Affairs of the Republic of Latvia. Before year 2006 her work within Secretariat involved project management of governmental projects, such as development of the state portal www.latvia.lv and coordination of e-government development projects. Maija studied business administration in Riga International School of Economics and Business Administration (Latvia) and Vaxjo University (Sweden). 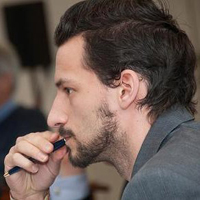 Martin Schmalzried has a Master’s Degree in Political Science from the Université Libre de Bruxelles in Belgium. He has worked for the Confederation of Family Organisations in the EU (COFACE) since January 2009 as a Policy Officer in charge of a variety of topics among which the Safer Internet policies. He is responsible for drafting COFACE’s position papers on Safer Internet related topics and represent COFACE at the EU level. He takes part in the CEO Coalition and the ICT Coalition organised respectively by the Commission and the Industry, dealing with child online protection issues. He has extensive experience with parental control tools, social networking, online advertising, online privacy and cyberbullying. 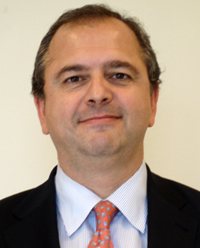 José Luis Zatarain is the Director of Communications and Volunteering at Foundation for the Social Promotion of Culture (FPSC). He is a Member of the Steering Committee of AULA FAMILIAR (Family Development & Parenting courses/ Member of IFFD) and co-ordinator & responsible for the set up of the PROTEGELES Youth Panel. For nearly six years, he was Project Manager for the awareness activities and helplines at PROTEGELES, Spanish Safer Internet Centre (Hotline, Awareness & Helplines).
He has vast experience in coordinating events and campaigns (Safer Internet Day).
Previously he was a member of the Youth Protection Round Table (Representatives of Industry and education sector), OCTA (Observatory Television and Audiovisual Content) and the Steering Committee & Advisory Board of INSAFE (European network of Awareness Centres promoting safe, responsible use of the Internet and mobile devices to young people). He also regularly participated in meetings of the Spanish Childhood Observatory. Jose obtained his bachelor in Economics.